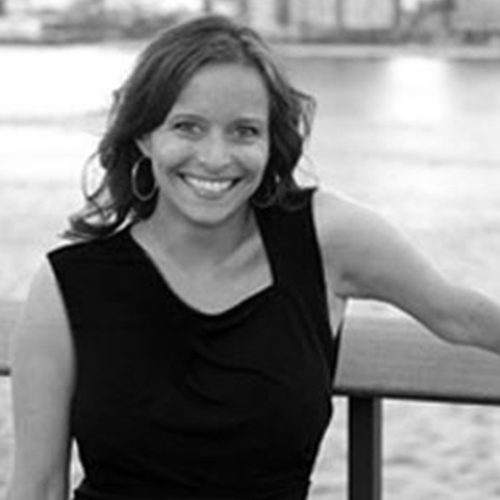 Rachel Cohen Gerrol is widely recognized for her work on innovative philanthropy and her projects have been featured in The NY Times, The Financial Times, The Atlantic, Forbes, Vanity Fair, Barron’s, Inc. and The Huffington Post. She was named one of the “99 Most Influential Foreign Policy Leaders under 33” by the Diplomatic Courier and was honored as 2011 “Jewish Girl of the Year” by GathertheJews.com. Rachel helped organize the first “White House Conference on Next Gen Philanthropy & Impact Investing” in 2014 and Co-Chaired the G8 Young Summit in 2013. Rachel was founding Executive Director of PVBLIC Foundation, an innovative in-kind grant-making organization that aggregates advertising space to donate to social impact causes.
In this role she organized the 2014 and 2105 Media for Social Impact Summits at the United Nations and has curated the Social Impact Film Program for “The Collective” at The Sundance Film Festival since 2013. Through PVBLIC, Rachel also worked closely with the White House to launch the “It’s On Us” campaign to stop sexual assault on campus.In 2012 Rachel founded The Survivor Initiative, a next-gen effort to raise awareness and funds for US Holocaust survivors living in poverty. Rachel previously was Director of Young Adult Initiatives for the Schusterman Foundation and spent eight years as Special Assistant to Ambassador Nancy Rubin, U.S. Representative to the U.N. Human Rights Commission. Rachel sits on the Board of Directors of the Birthright Israel Foundation and the Next Gen Council of the USC Shoah Foundation. She is on the Speaker’s Bureau and National Young Leadership Cabinet of the Jewish Federations of North America, has testified before the Israeli Knesset and is a Wexner Heritage Fellow. Rachel Co-Chairs the Board of Jumpstart, serves on the Advisory Councils of Girl Up (UN Foundation) and Charity Miles and is on the Advisory of BeeSpace. She is a Term Member of the Council on Foreign Relations. In the past she has served on the Evaluation Panel for Bloomberg’s Genesis Generation Challenge, the Advisory Council of Invisible Children, the Leadership Council of the Classy Awards and the Advisory Board of Women’s Entrepreneurship Day.