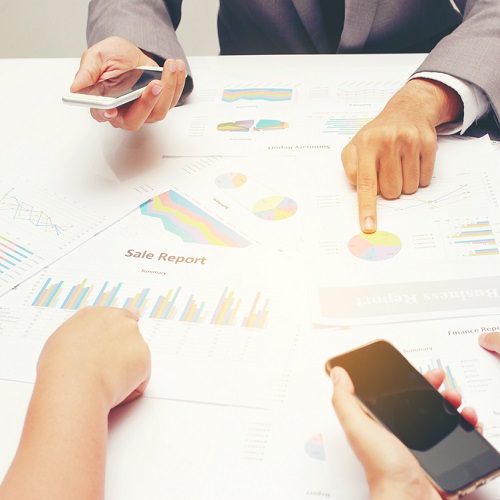 Numbers don’t lie (but they may ignore our most hidden truths).

But for nonprofits that aim to thrive in a data-driven environment what does this statement mean exactly? Data is the backbone of any non profit’s work and with the proliferation of big data, it’s become even more imperative that non profits get things right. Anecdotal posturing, or an overreliance on numbers that do not truly encompass the mission is a frequent misstep.   So what separates nonprofits that use data effectively from the organizations that don’t? Some nonprofits see data as a necessary evil and inevitably delve into the numbers hoping to find something that aligns with their predetermined thesis. Others are far more curious and take a more organic approach. While they do have a mission in mind they let the data do the work and connect the dots instead after the fact.   This is why advocates believe that any data driven project should start with a really good thesis.  Ask the question: “What is ACTUALLY happening” and how closely related is it to the core of what we do?

Well after over twenty years of driving innovation in both the public and nonprofit sector Steve MacLaughlin seems to have the answers. MacLaughlin is currently the Vice President of Data & Analytics at Blackbaud and the best-selling author of Data Driven Nonprofits, which shot to the top of the Amazon charts when released last year. He spoke to 42 Strategies about his book and how nonprofits can get the most out of their data.

ROSS: Your book tackles a subject that can be a bit taboo for nonprofits. Where did the inspiration come from?

MACLAUGHLIN: I spent years and years working in non profits and measuring performance results. I’ve probably read every major com book about big data and analytics. People would ask me for a guide and I found there wasn’t one that was tailored to non profits so I ended up writing it.  That lead me down this path of trying to understand why in the commercial setting there is wide use of data and analytics to solve questions and problems. But in the nonprofit world the vast majority don’t rely on data. So I spent months and months finding out what are the things that hold them back from using data more effectively.

ROSS: Well that leads perfectly into my next question. What is it holding nonprofits back from making data a bigger part of everything they do.

Historical: I open the book talking about people who invented modern fundraising in the early 1900s. They used tactical tips tricks that they thought would work for fundraising and they had to do it without tech. But those same tactics are still used today and considered “cutting edge.” Historical reliance on tribal knowledge and anecdotal examples isn’t data. There is the historical context. If the inventors were alive today they would be using data and analytics!

Nuance: A lot of organizations view using data as nothing more than reports. Reports can be useful but it is based in hindsight not foresight. It’s like driving using the rearview mirror which is ok over short distances but not for long journeys. So they have to evolve how they think about using data and analytics. Embracing that it can help them understand things ahead of them and help them make informed choices instead of making decisions based on the past. Decisions are made based on the highest paid person’s opinion. Let’s use the data to inform the decision.

Culture: And this is what almost half the book is about. You can have the best data, the best tech and really smart people but if your culture isn’t prepared to embrace and use data, it wont work. Culture eats strategy for breakfast and your data strategy for lunch. The good thing is there are a lot of different cultures out there and it’s not one size fits all. At least seven different major culture types that use data in non profits. It’s ok to be one and not the other and it’s ok that maybe you don’t have a culture of sharing but one of testing. OR a growth mindset. Understand your culture and you own it. Understand your culture and map it – asking hard questions etc.

ROSS: What are some of the major blind spots you see organizations miss when they fulfill all the steps above and they commit to data?

MACLAUGHLIN: For starters I really encourage people to think about the use of data in the sort of a-maternity level. Step 0 is understanding data and making sure the data is clean. That’s the starting point for all organizations It starts with placing a value on the health of your data. If you have bad data – everything is going to be bad, it can be skewed and full of problems. It doesn’t get better over time it gets worse.

The Hierarchy:  the misconception is that you need to go big or go home. We need this massive big data plan that is gonna change everything. That’s very unlikely to be successful. What I recommend in the book is that you’re much better off picking a project to start. That project should be big enough that people should care about it but not too big that they would be intimidating. It should be meaningful but if it’s too big people get territorial. Start with one small project over a 30-90 day period of time – Ask yourself What’s the really important question we’d like to answer about something we’re doing and we’ll use data to help make that decision?

It will be an input to a decision making process. When it comes to making a decision on something important we’ll use data over opinions, anecdotes etc.   If you try it over that period you’ll find what works better than others. You’ll find who is supportive and if there is resistance. And if you get a quick/early win you can just turn around and go onto bigger things. What’s the next question and before you know it you’ll be a lot more data driven

MACLAUGHLIN: In 2017 the potential to use data analytics and artificial intelligence isn’t just science fiction anymore it’s reality. There are organizations that are able to improve their performances in a variety of areas using this. It’s beyond the hype and there are enough organizations using it that have real examples of it happening. And companies are using this as part of their solutions. We’ll see much more adoption of it and much more willingness across the sector to use this tech and people really using it to help what they are doing and the more examples we have the more we’ll see organizations that have been against change say now is the time.